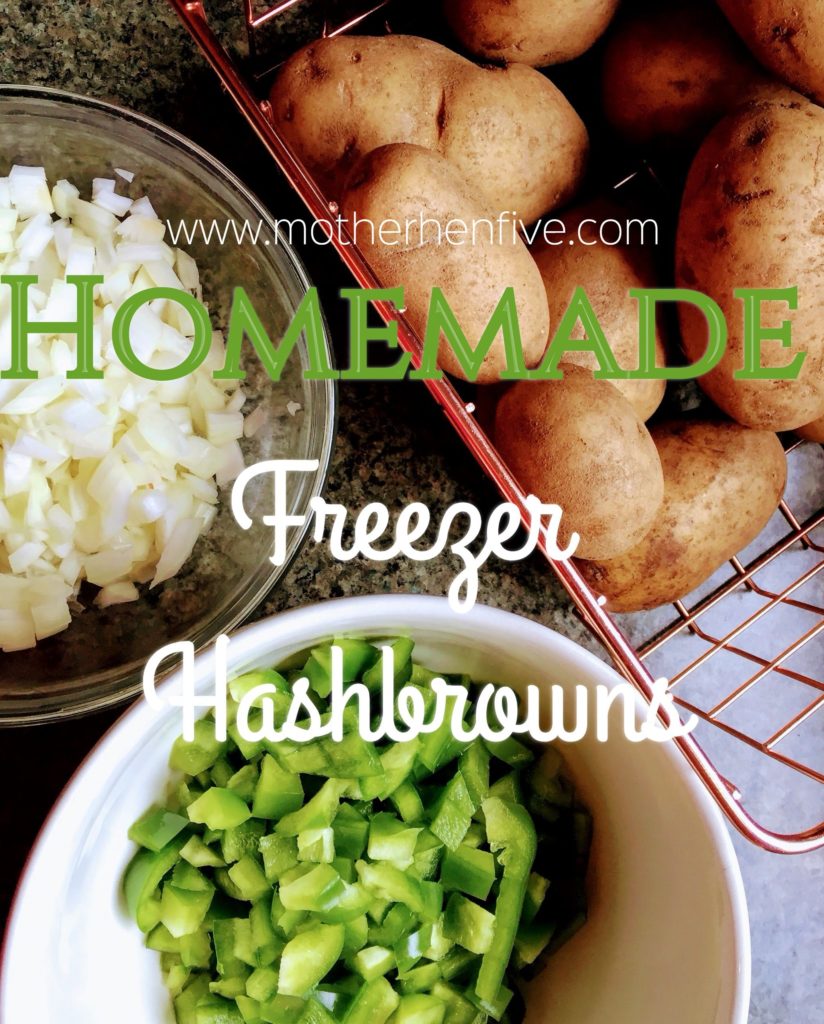 I was never a huge breakfast person until I met my husband, Caleb. Ever since we started dating we have gone out to breakfast probably five times more than we’ve gone out to dinner. Which is fine because I really love it!

After I made hashbrowns and they were super yummy I decided to make ahead a lot more and freeze them! That way next time we have that big breakfast at home I have hashbrowns ready to go!

Here’s all I did..it’s pretty easy.

I peeled and sliced and cut up my potatoes, I had a handy slicer to help me make that process a little easier. Cut them up pretty small or if you have a shredder and like shredded potatoes more you can use that! 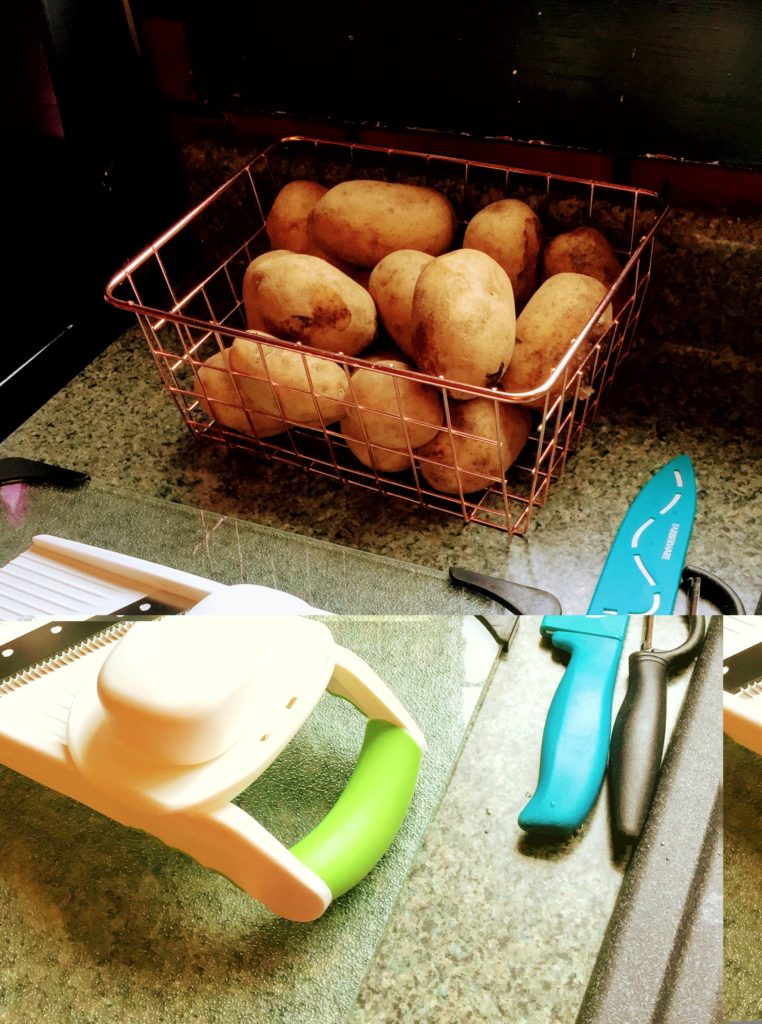 After I cut them I boiled them for about 3-5 min. Depending on how big your potatoes are depend on how long you can cook them. You don’t want them overcooked or they’ll turn to mush…and that’s not good hashbrowns! Hannah was my helper for this part…she loves pulling up her “dool” (stool) to help me with EVERYTHING I’m doing in the kitchen! It’s a good teaching opportunity and the desire to help is there so I try to be patient! haha This is all the more of a smile I could get out of her thought lol 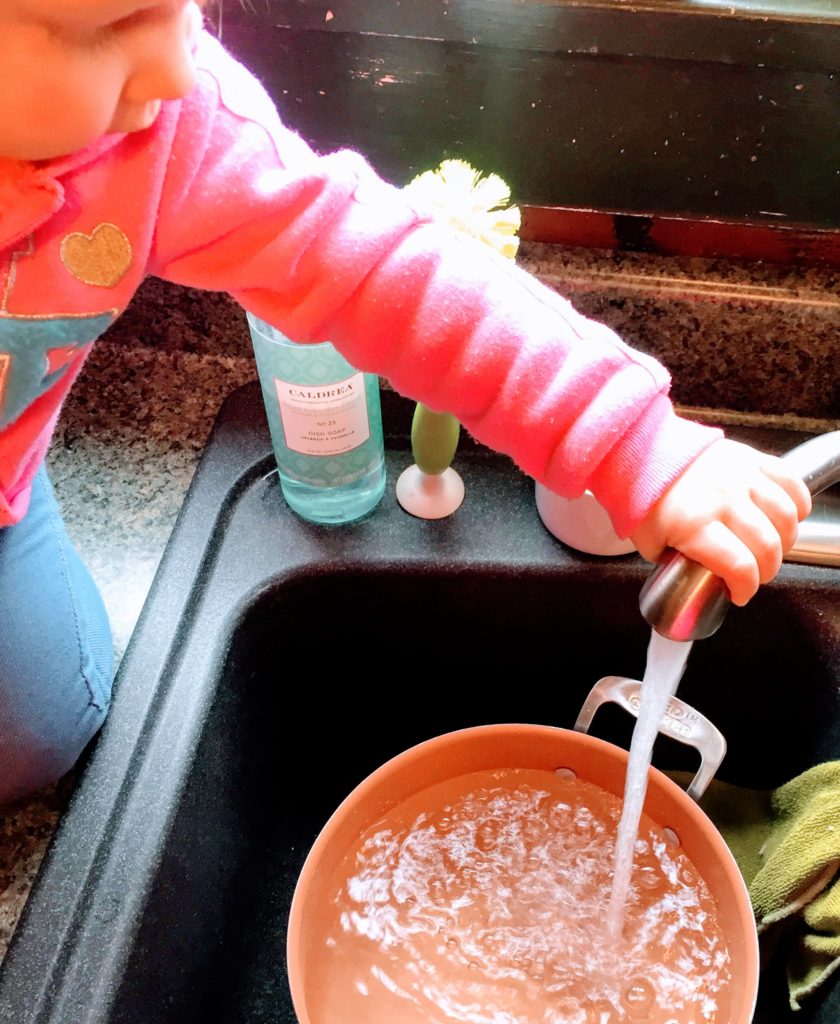 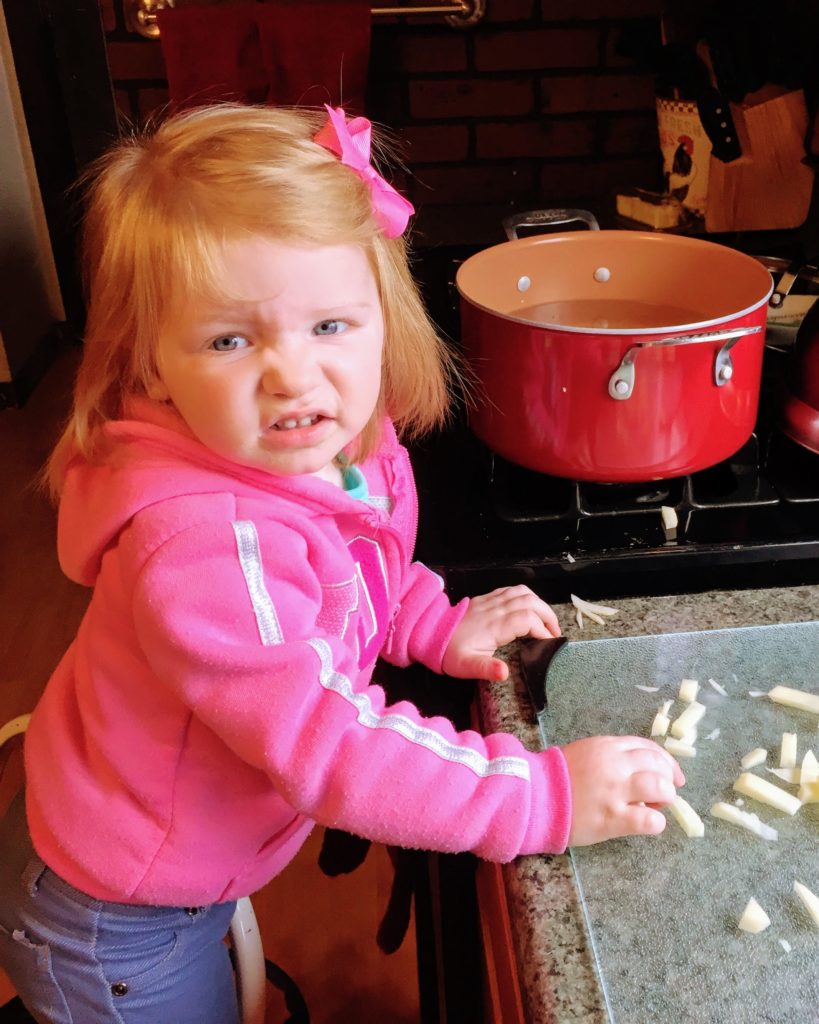 While the potatoes were boiling I cut up my green peppers and onions. I wish I would’ve had red peppers too, but I didn’t so they just don’t look as colorful that’s the only difference! 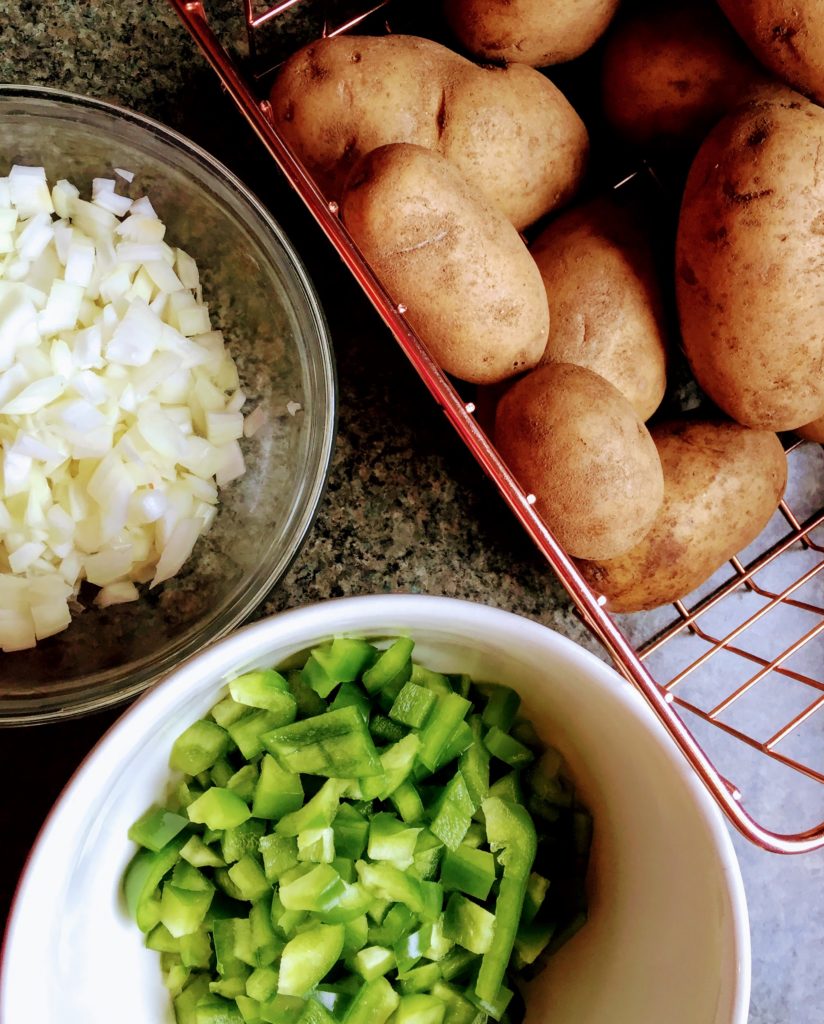 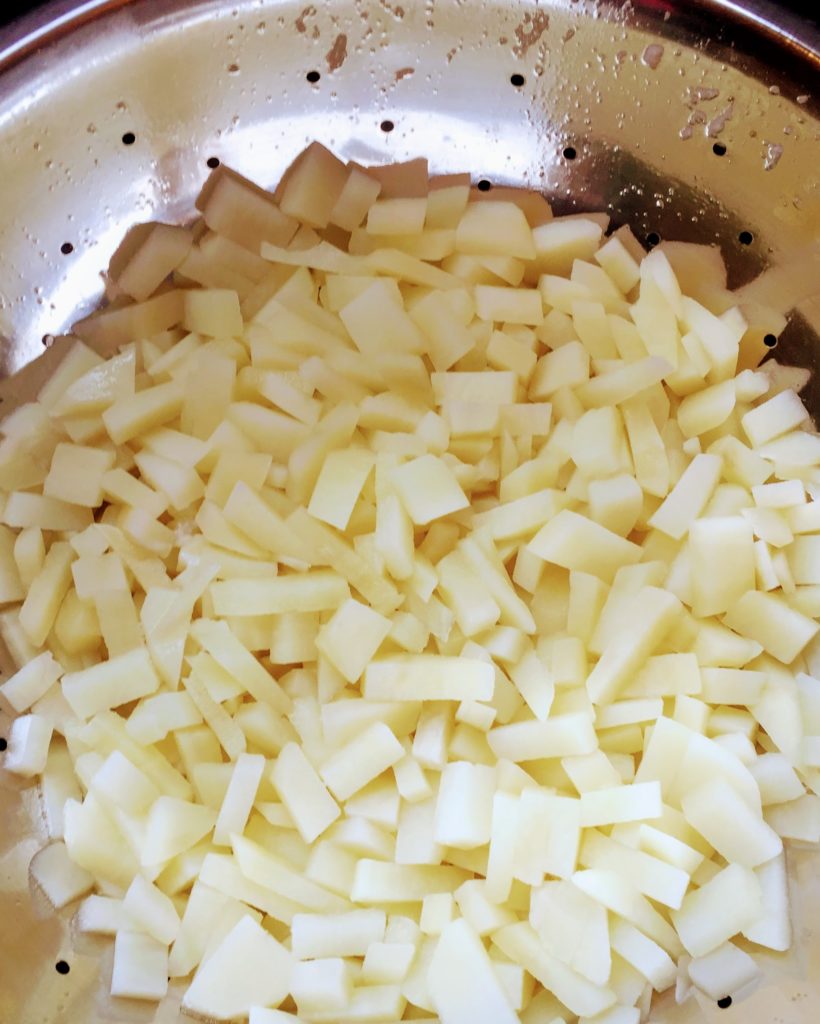 I threw I my peppers and onions, gave them a quick toss, 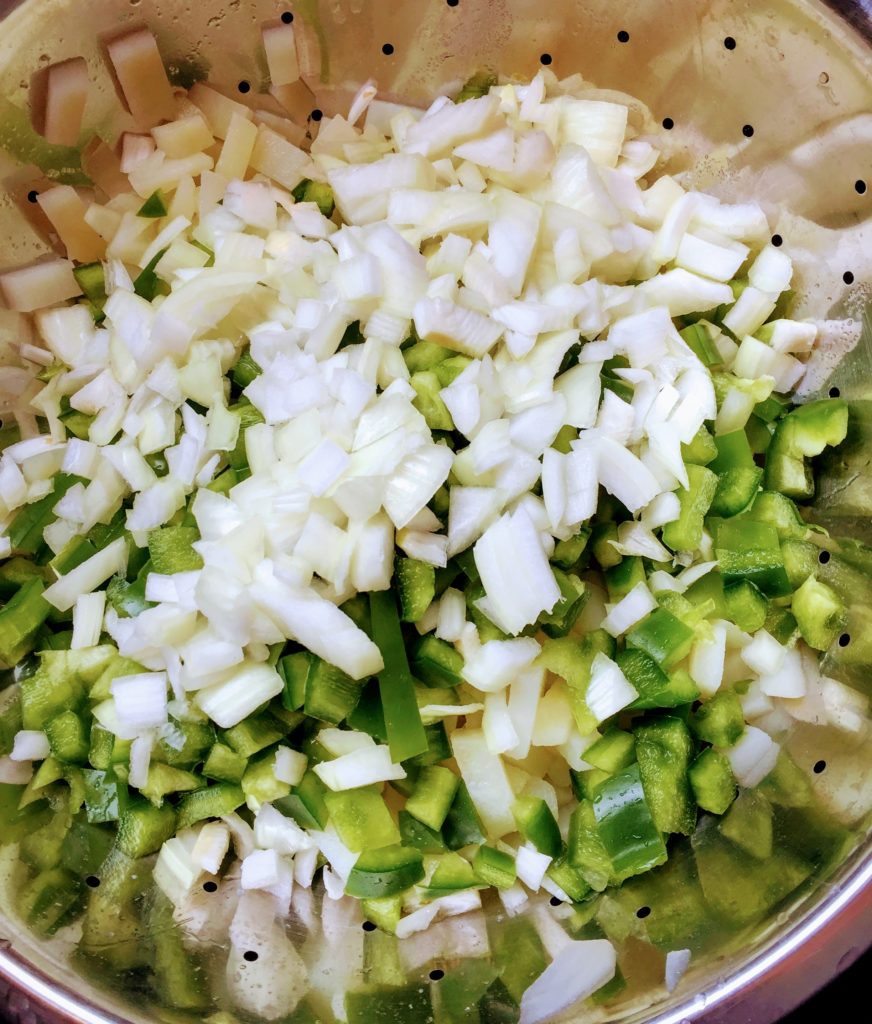 and put them in freezer bags in meal-size portions for my family! 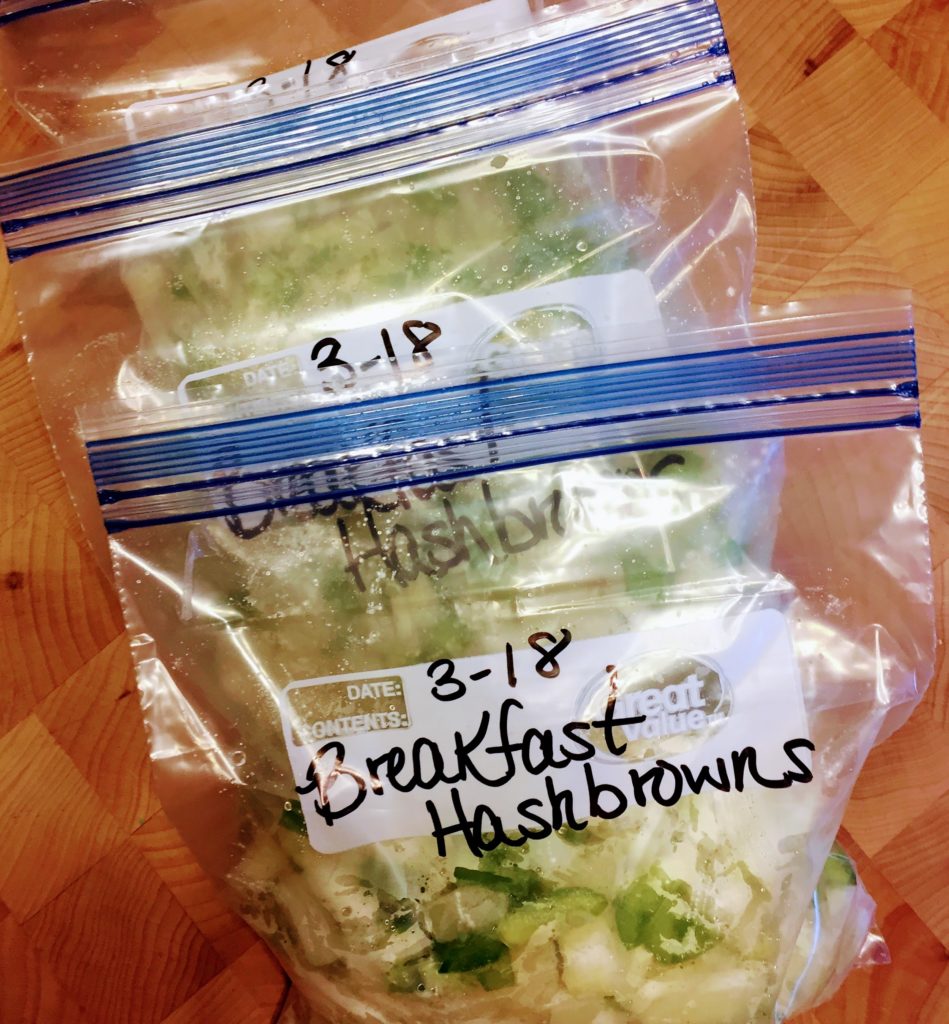 That was it! I was done. A little bit of time spent to save a lot of time next time I make breakfast hashbrowns!

I fried some up for myself after I was done. I do suggest thawing them for just a little bit before cooking them. 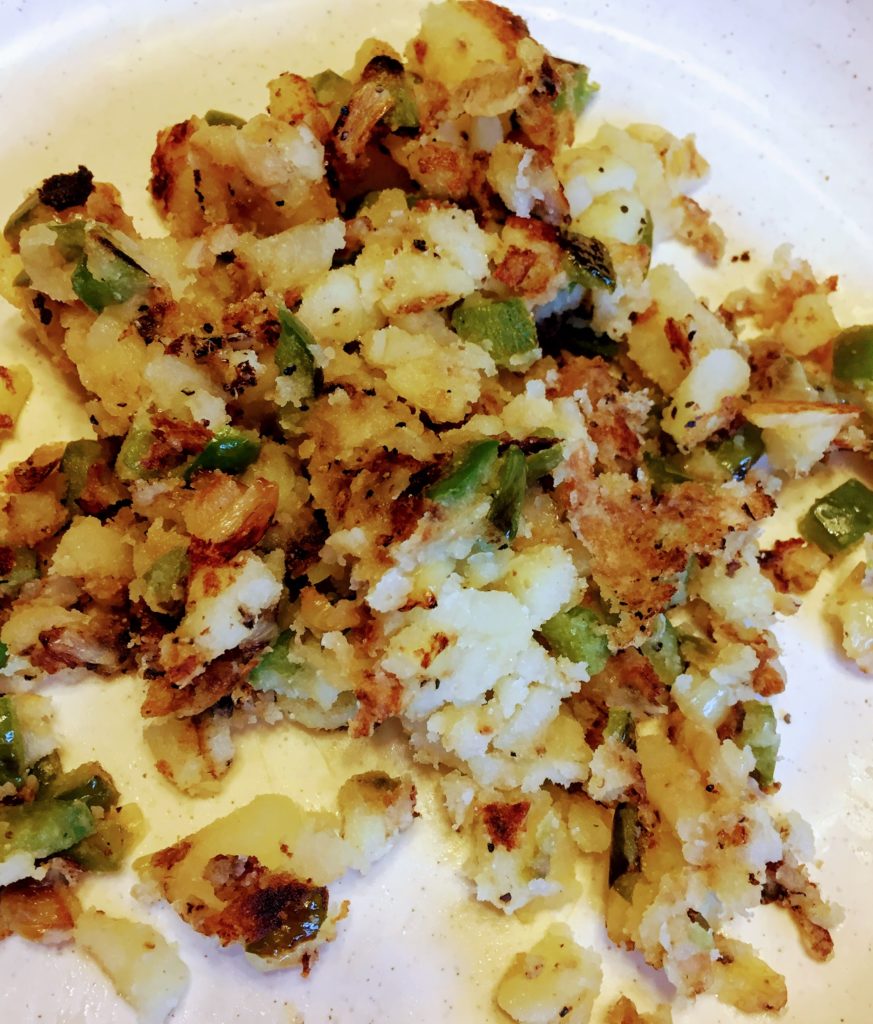