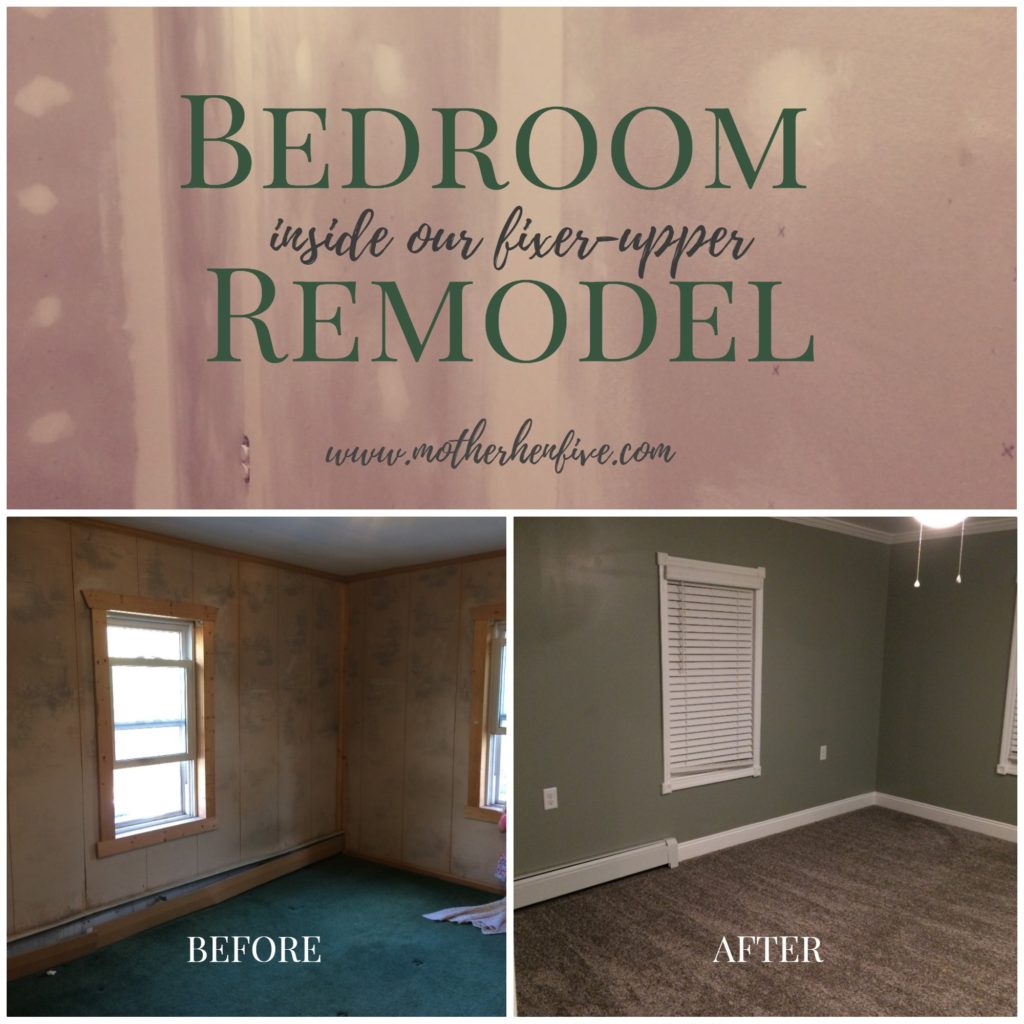 As many of you know if you read my about me page https://www.motherhenfive.com/natalies-bio/ but we live in a fixer-upper! This past winter we decided to remodel our bedroom because Caleb was pretty annoyed with how it looked and wanted something nice to come home to and relax every evening! And I wasn’t gonna complain about an update! So we really didn’t plan too much out (probably not recommended lol) but we knew there wasn’t a lot we were going to be changing structurally so it was a matter of gutting and remodeling. There isn’t a need for me to over-explain all this 🙂 But Caleb did all the work himself apart from the help his dad for some electrical and my dad for some extra hands to get done a little quicker! And of course my help too! 😉 I’m so lucky to have a guy who can do it all!:)

Here are the pictures before… 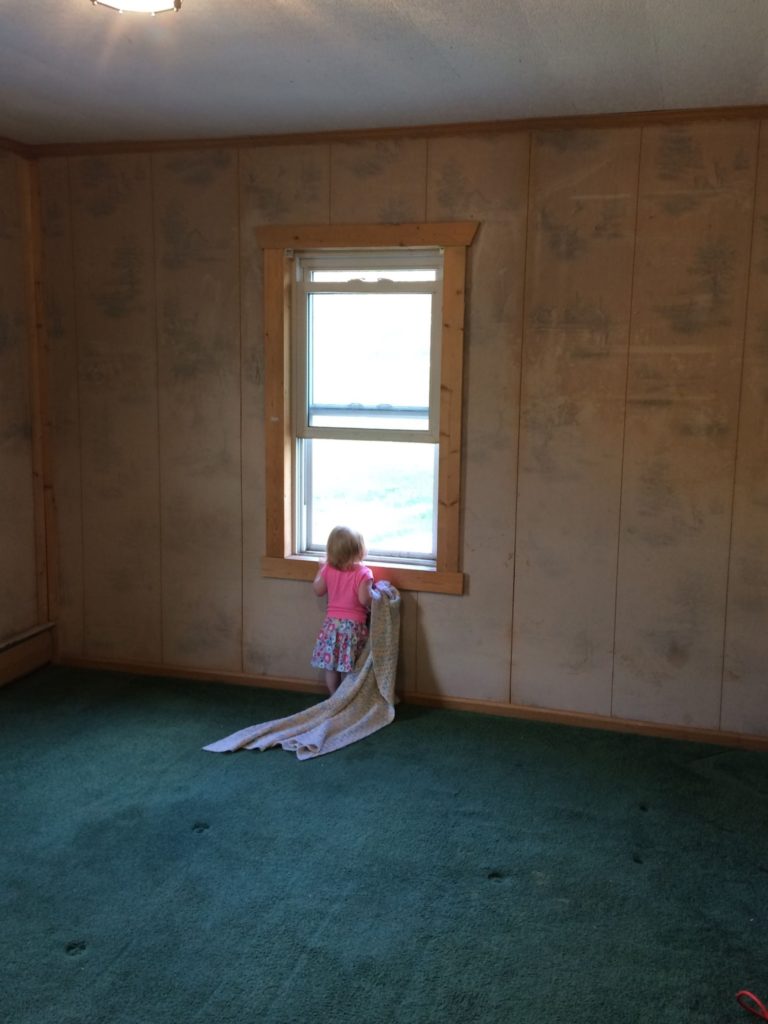 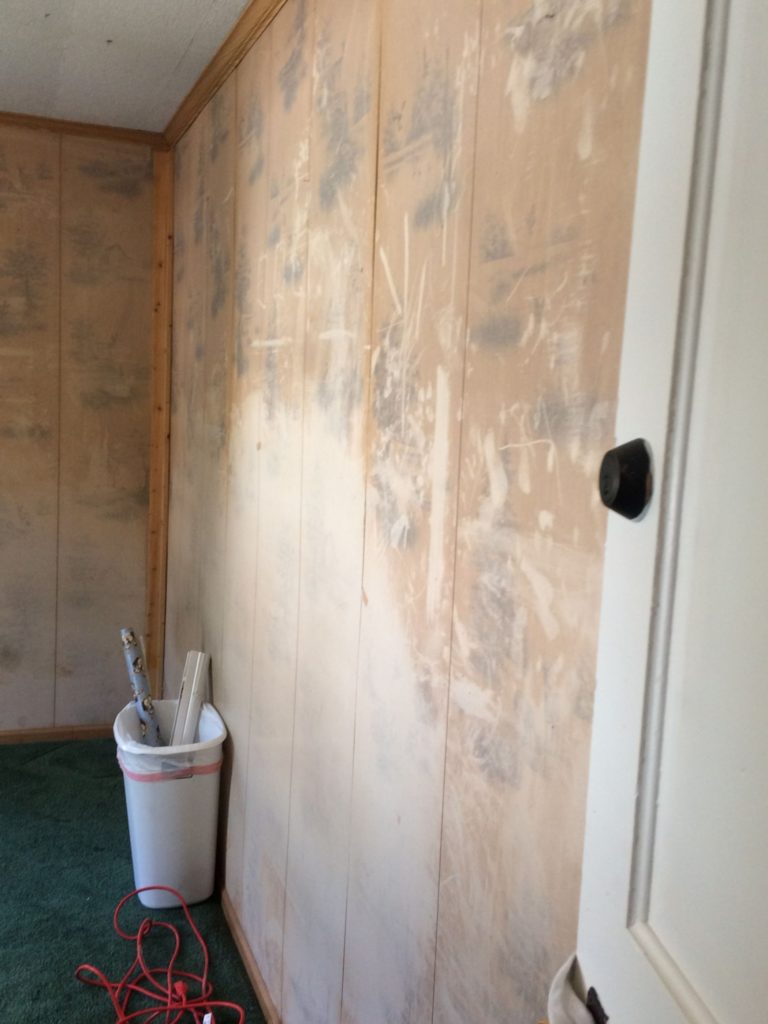 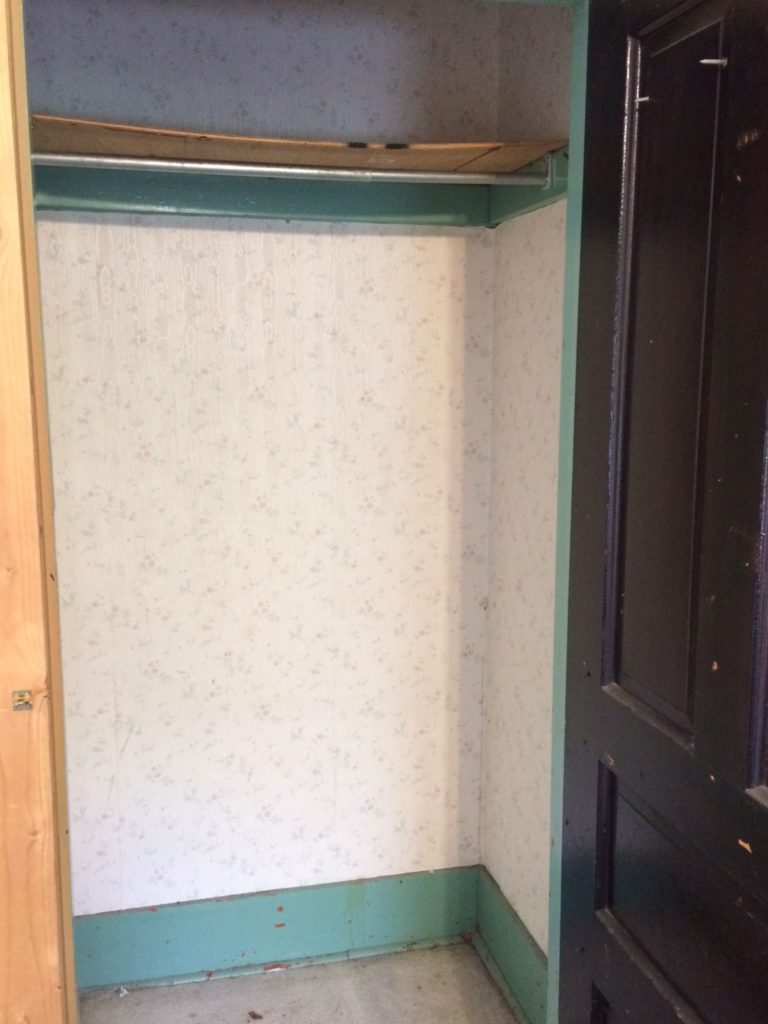 And then there’s the gutting……oooooh the messy, messy gutting….where you regret ever even starting a project like this! Anyone else have to deal with horsehair plaster during a remodel!?!? 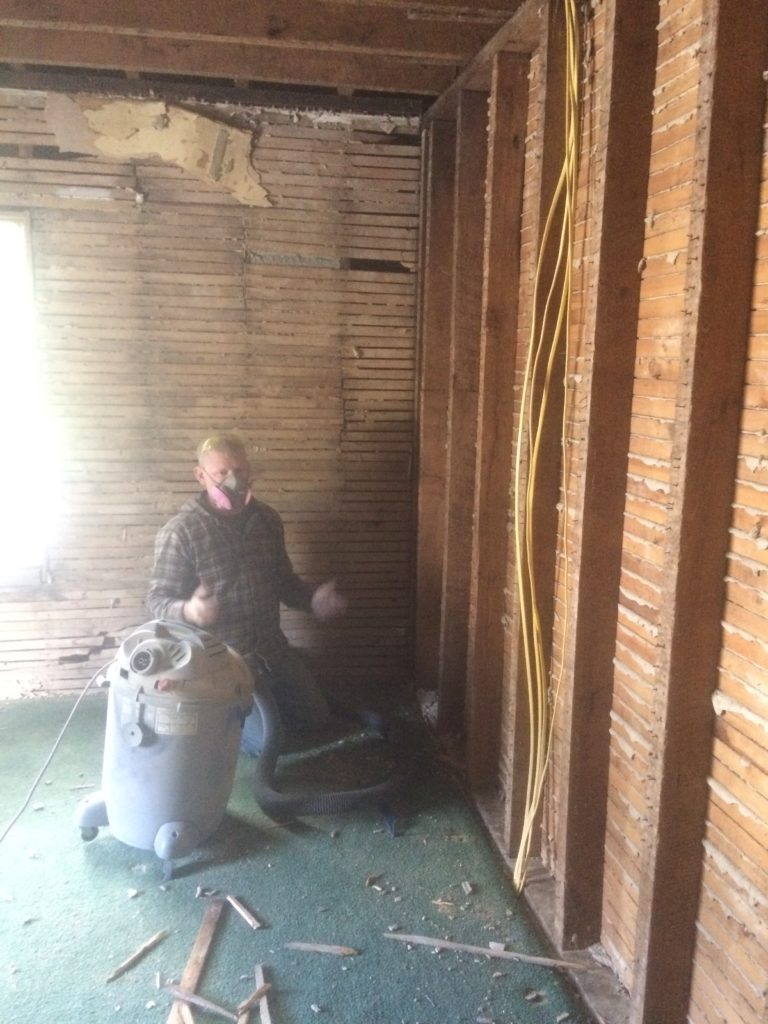 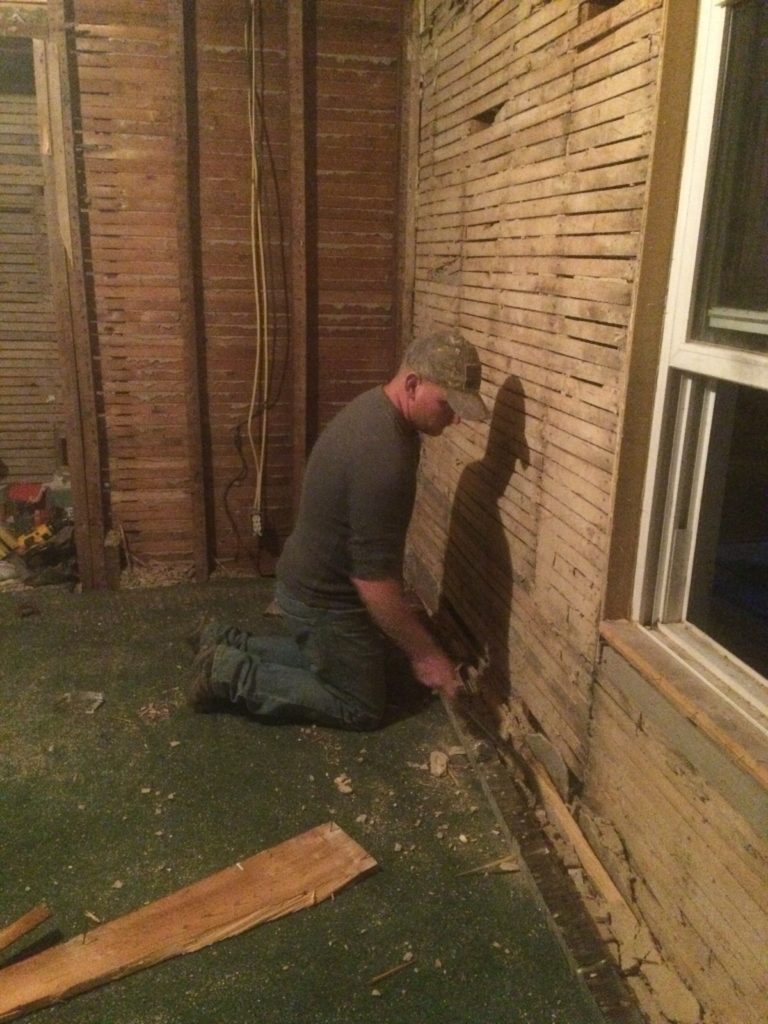 This was outside our window after a long night of demo! 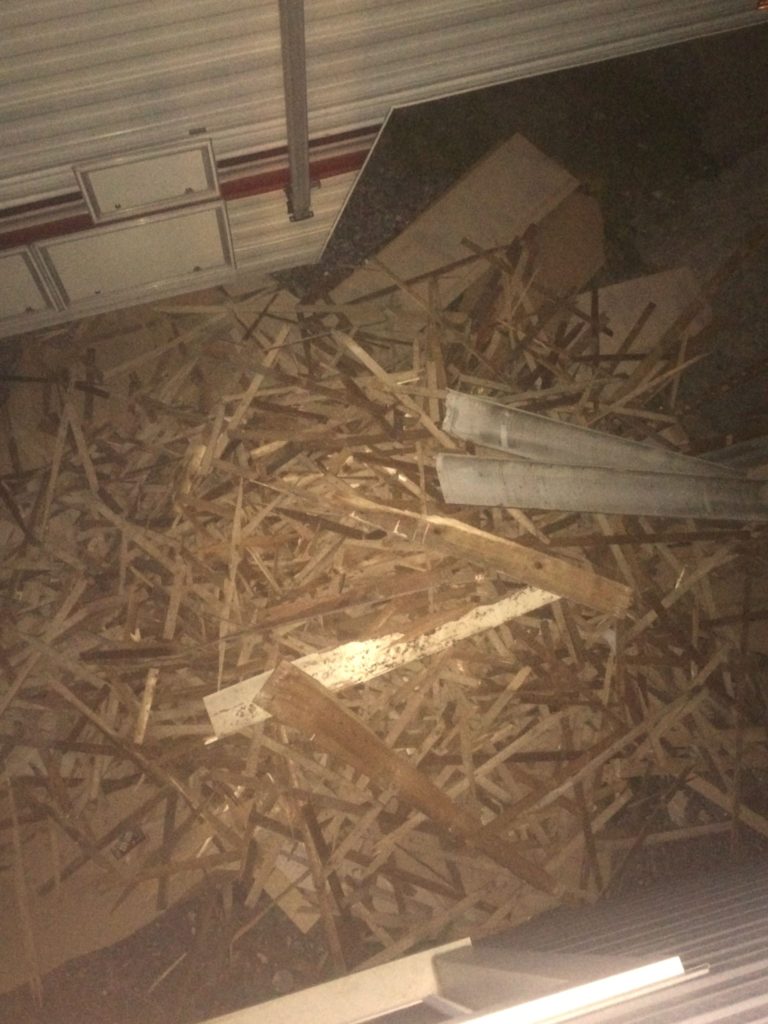 After we got ALLL the debris out…which is the most frustrating part if you ask me. We were able to start the remodel…and that meant starting behind the walls with the electrical which we totally redid. My husband figured better take the time and replace the 50 year old electrical now (Instead of just adding more outlets) than have to tear apart our room later to do it! Along with adding WAY more outlets (there were only two) We were able to move into the 20th century 😉 with USB plugs! 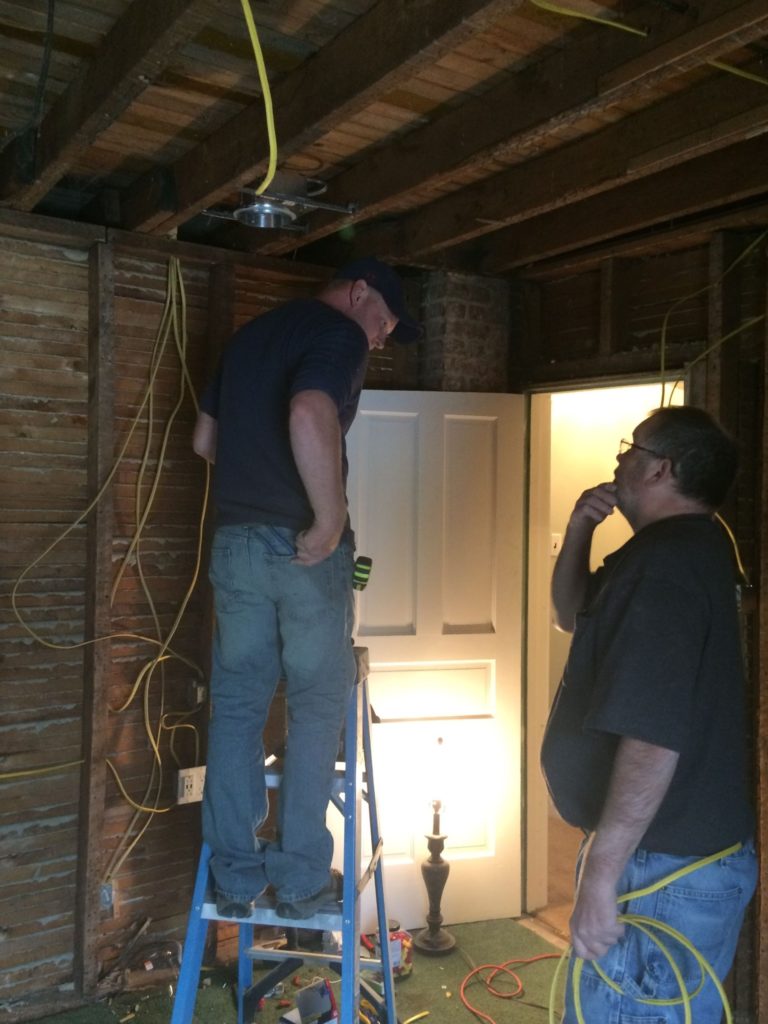 Drywall and spackling (mudding)…not my husband or I’s area of expertise, so we hated this part and just did the best we could! haha It’s so annoying…and TIME-CONSUMING! 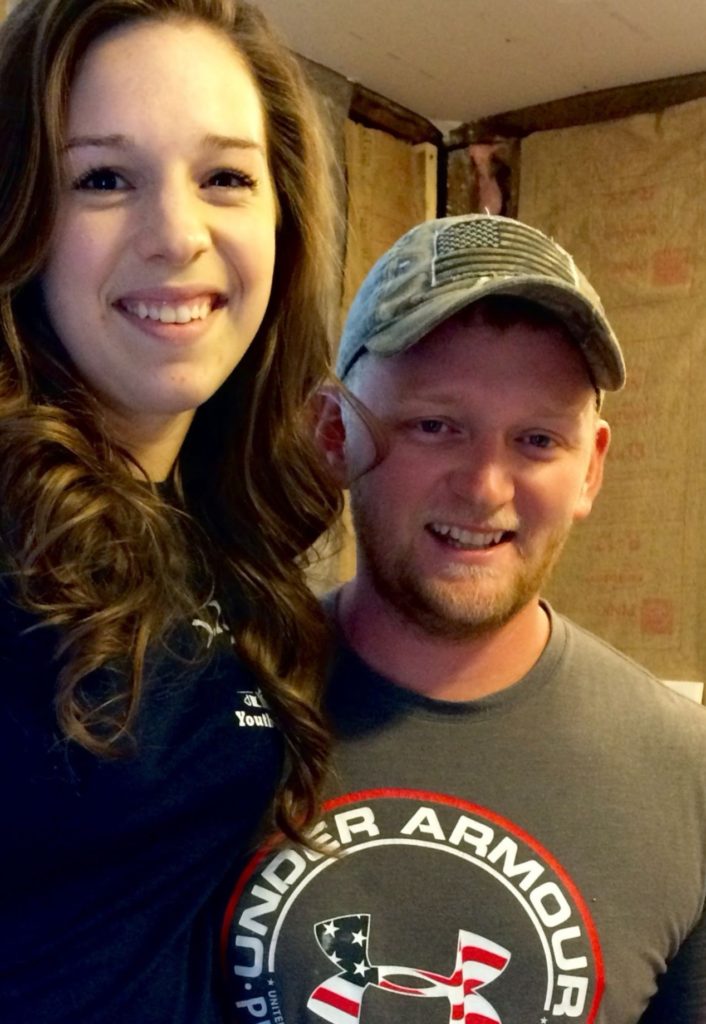 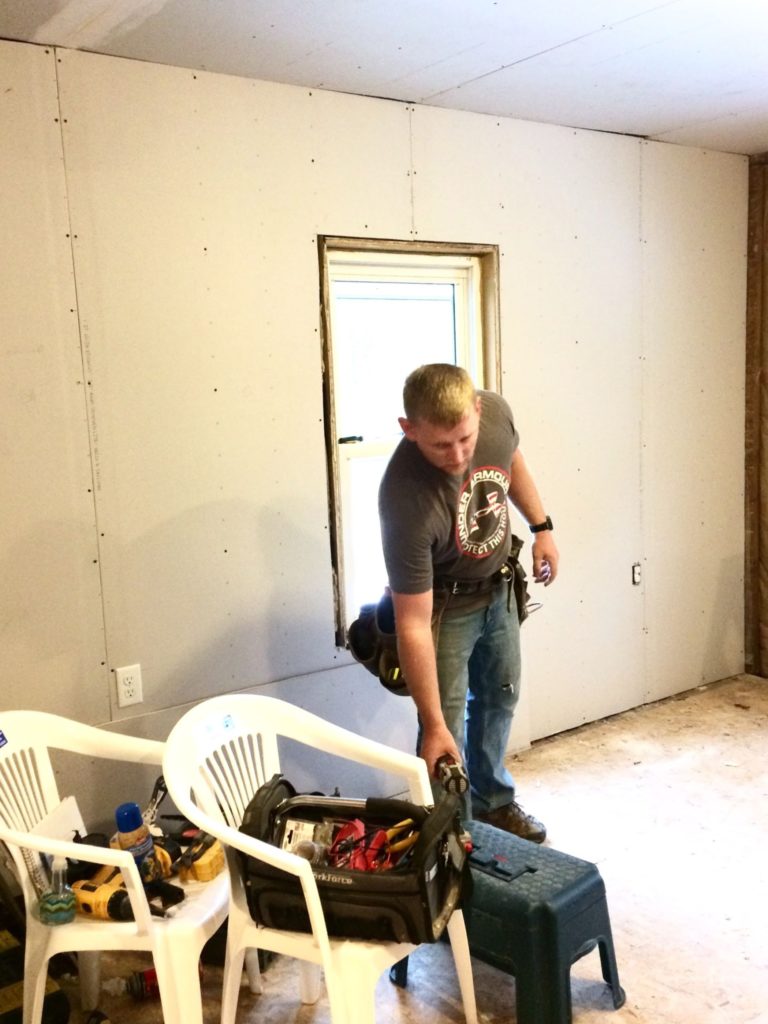 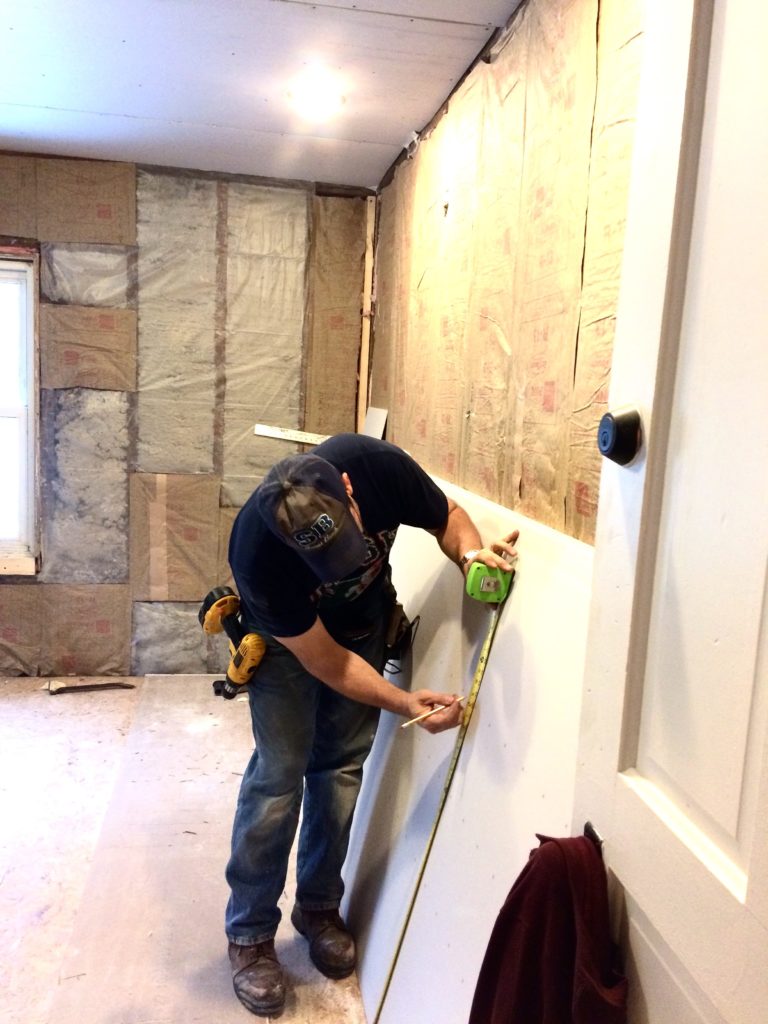 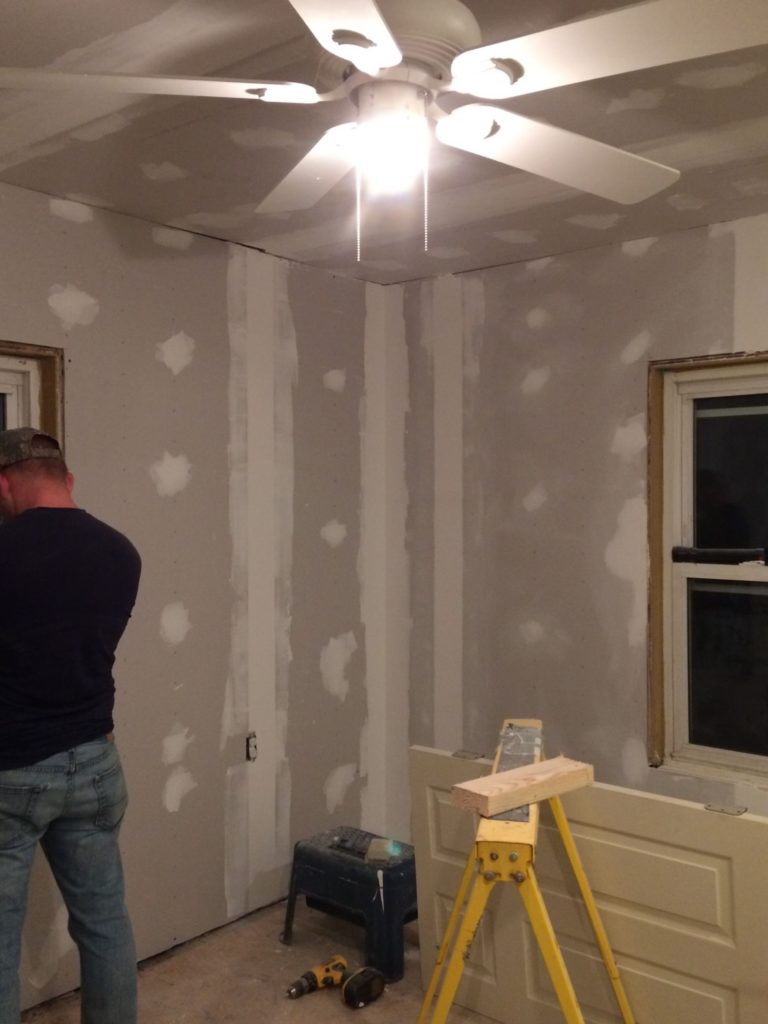 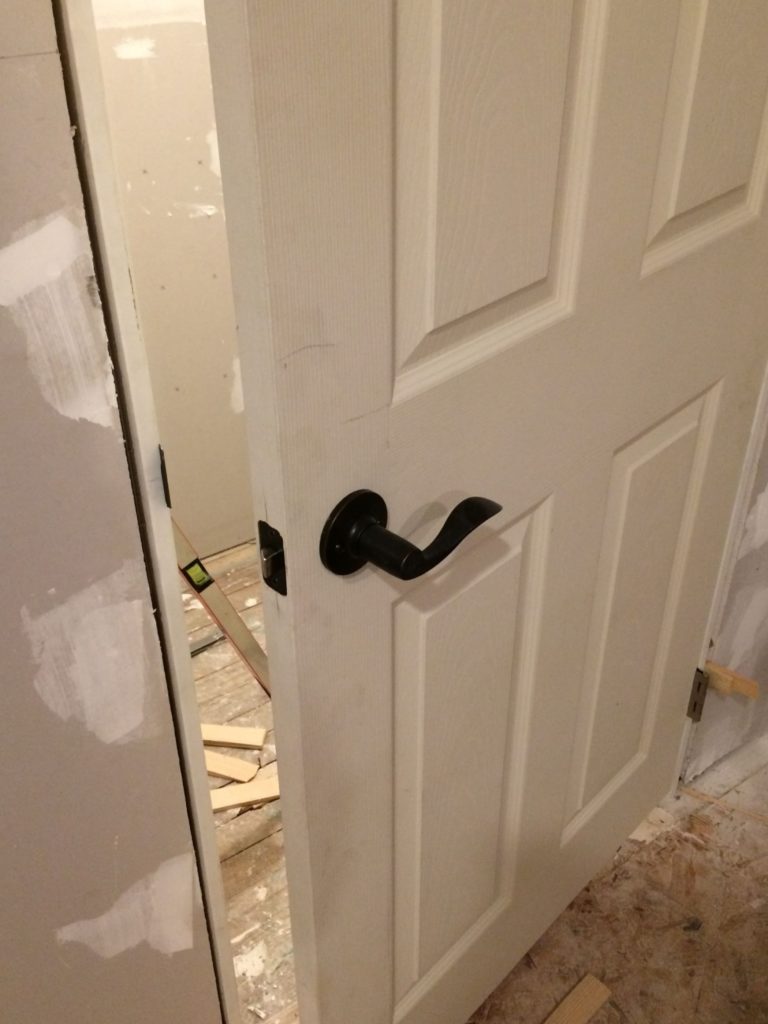 Then the painting….probably every woman’s favorite part! We also kept the chimney exposed, which I thought was a nice rustic touch! 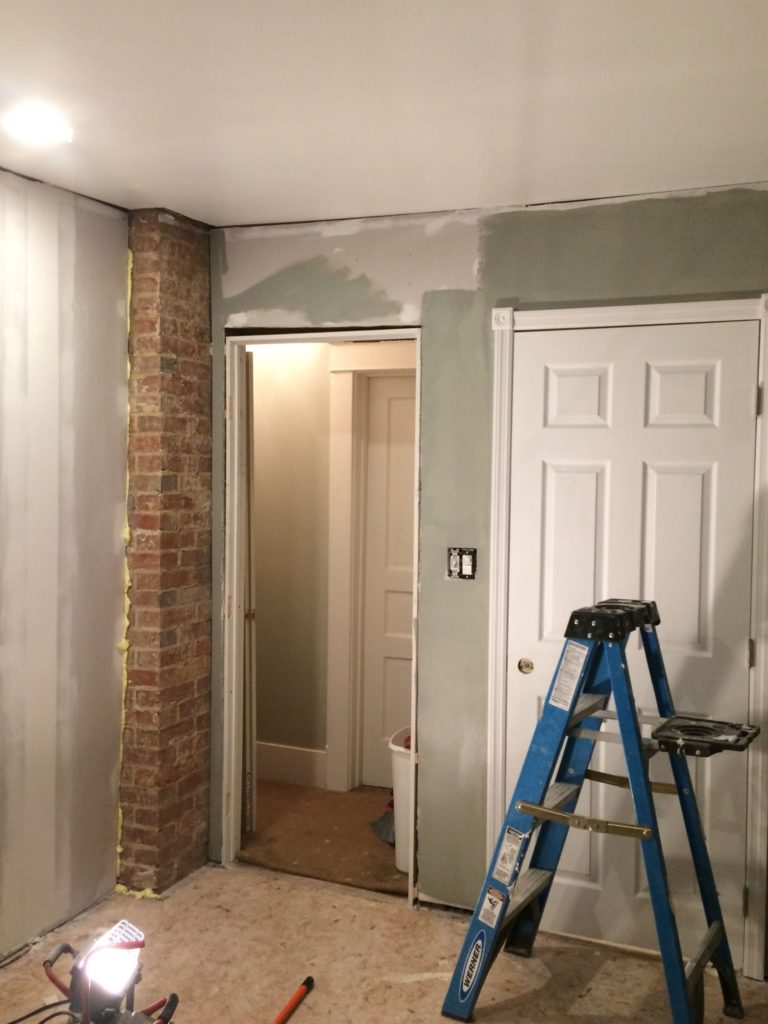 Caleb used to lay carpet too, so we picked out a gray-tone carpet and he was able to lay that! Made a huge difference! (Like I said, he can do it all;) He also had an excuse to finally buy a carpet stretcher he’s always wanted! lol 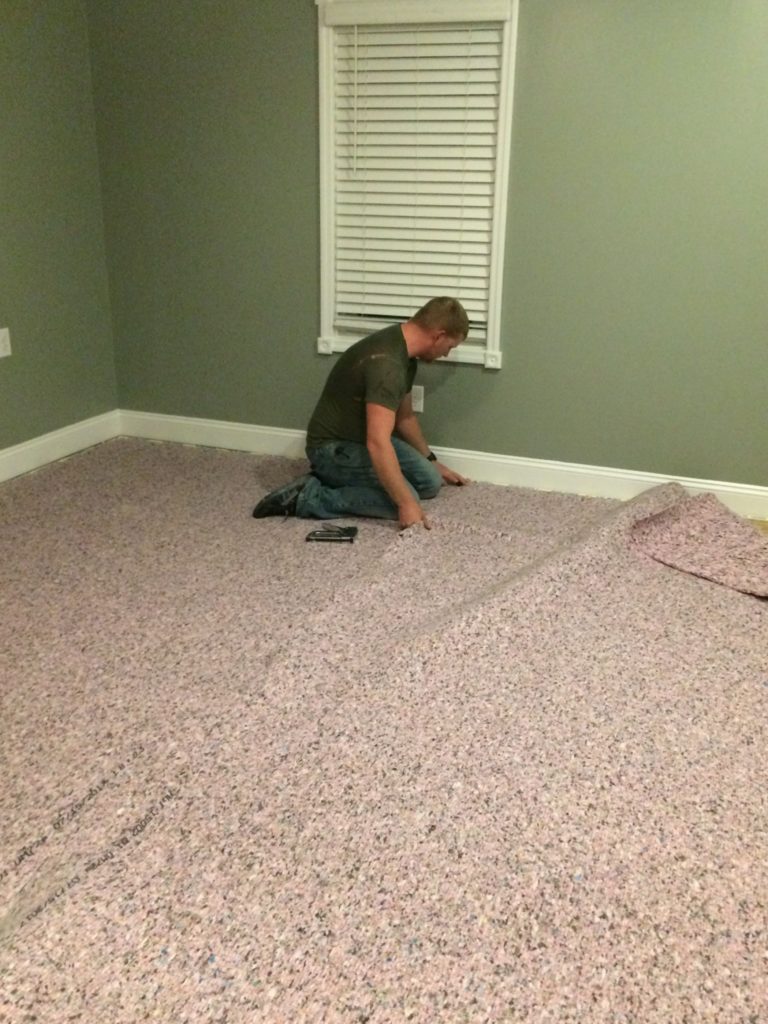 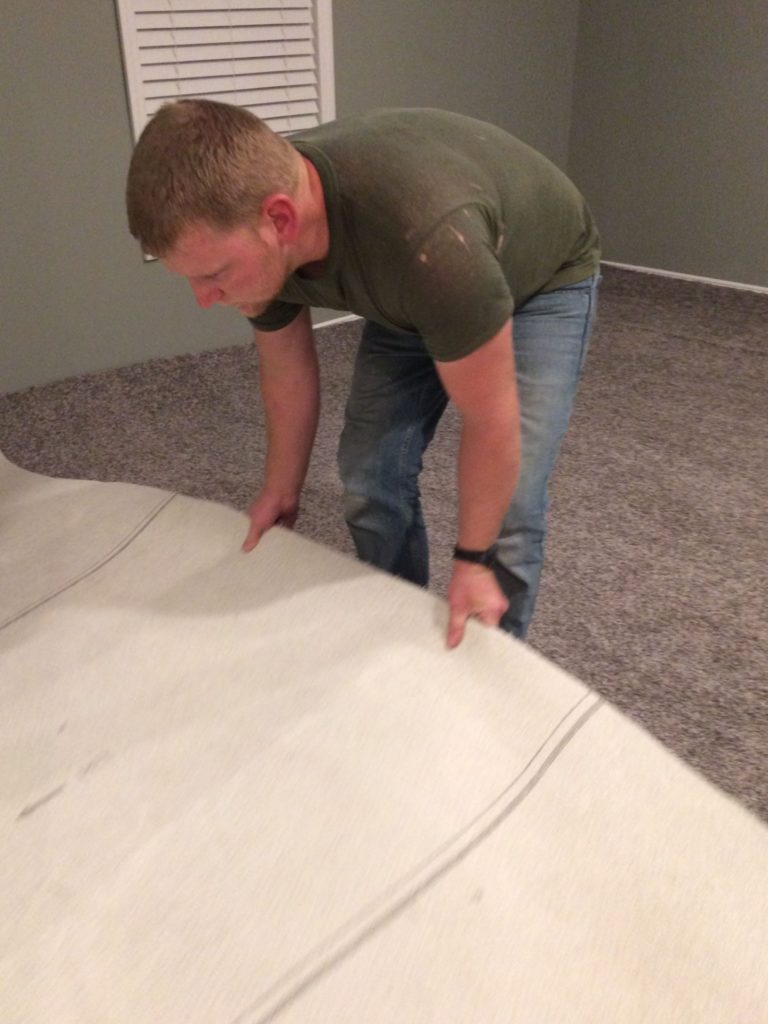 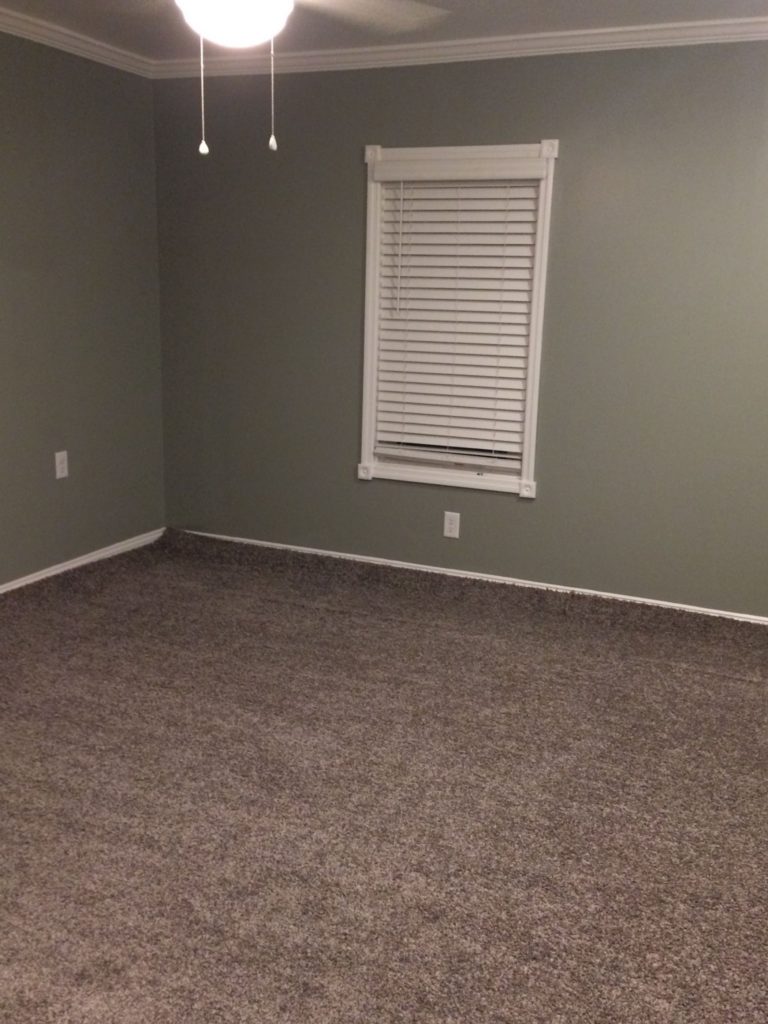 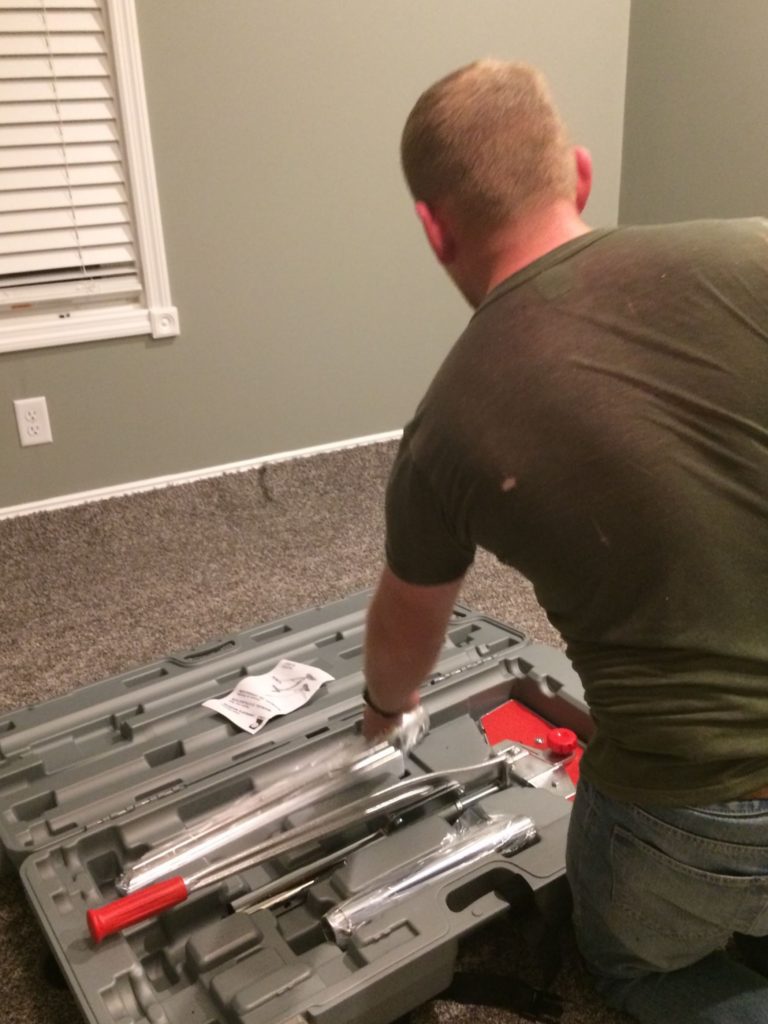 This is the final product! We love it now! Doesn’t even feel like our house! We bought a TV mount that I didn’t picture. Makes for easier TV watching in bed 😛 and then my husband bought me an early Christmas present and got us a new bed and nightstands!! Beautiful! I love them!:) 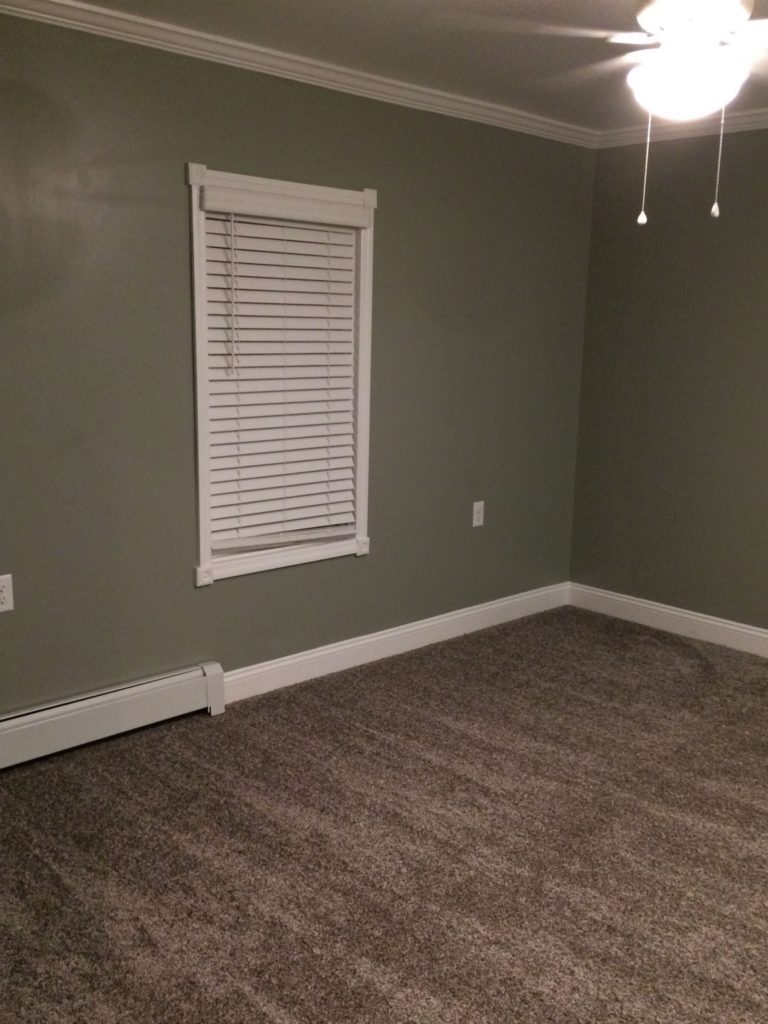 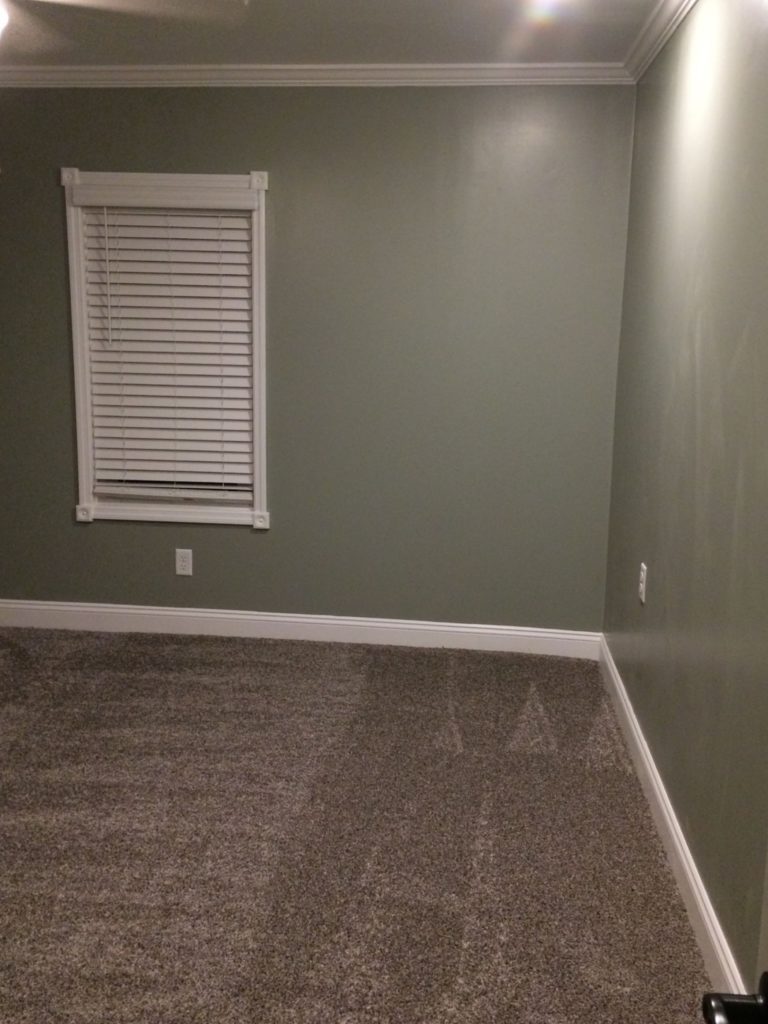 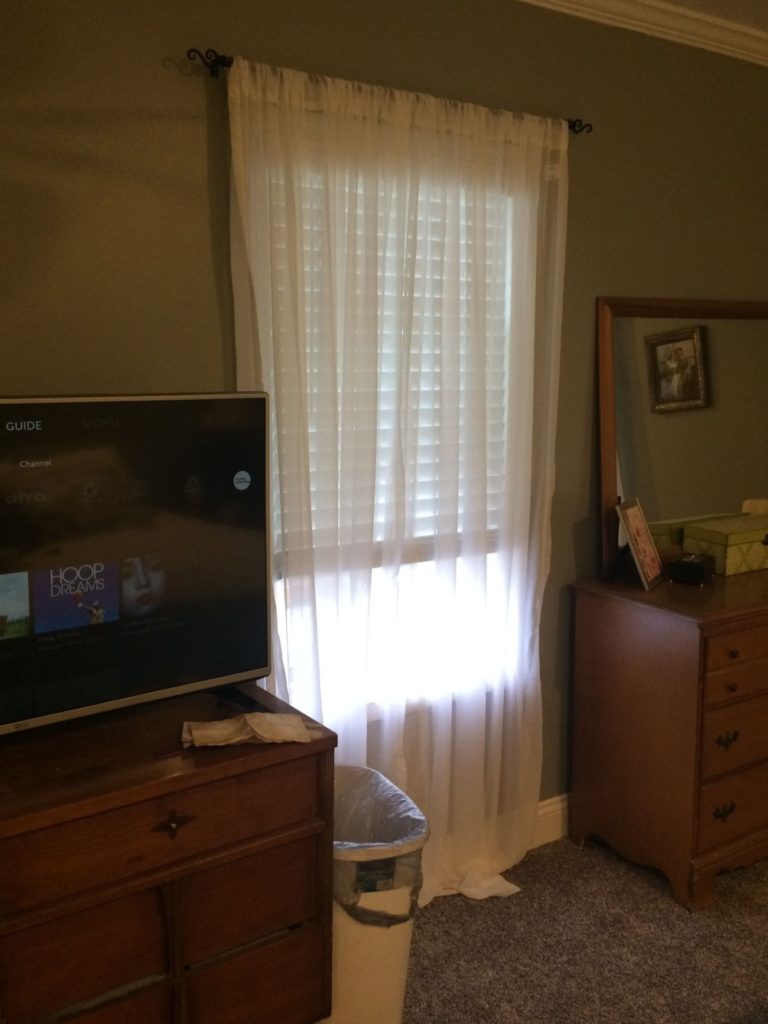 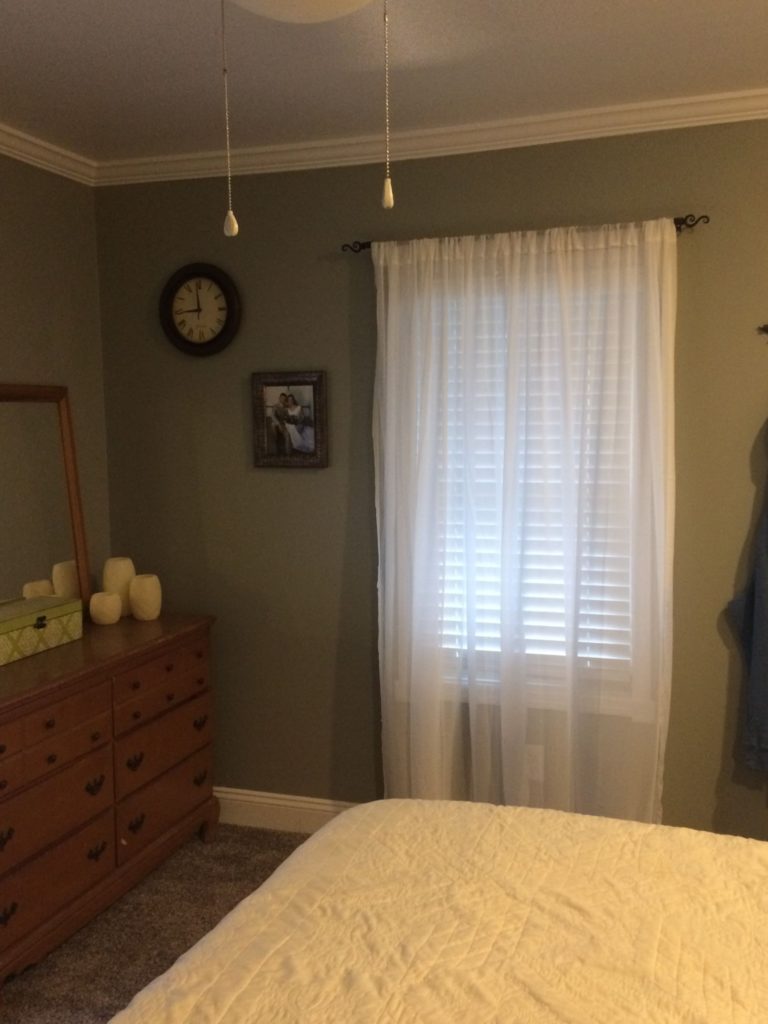 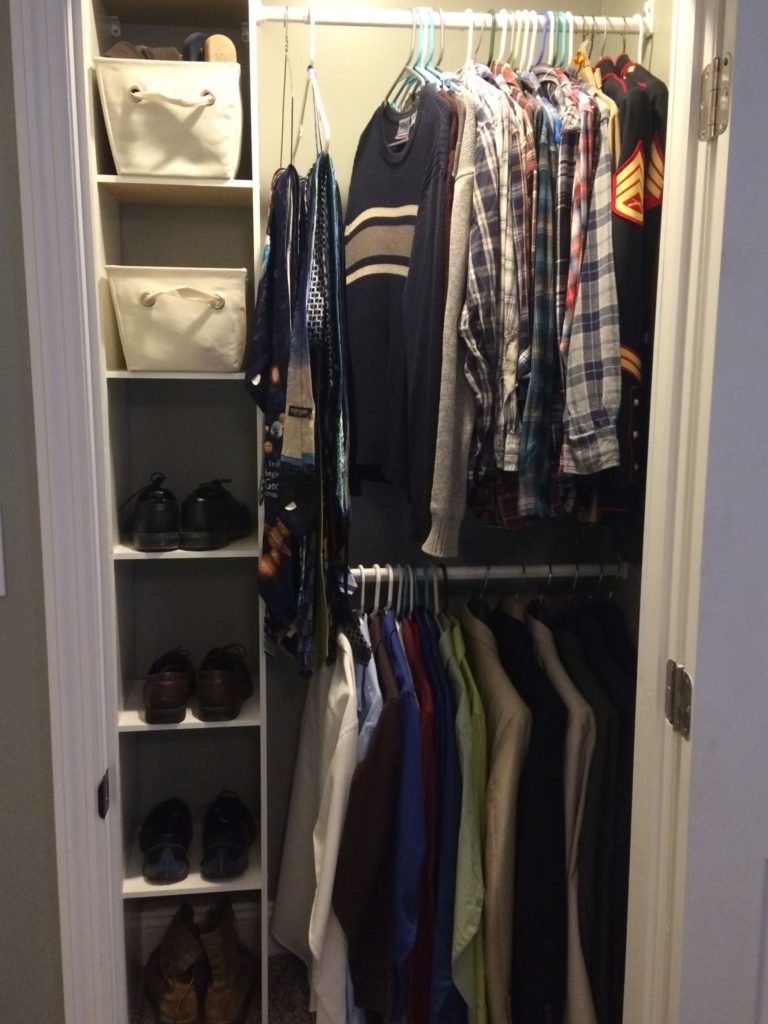 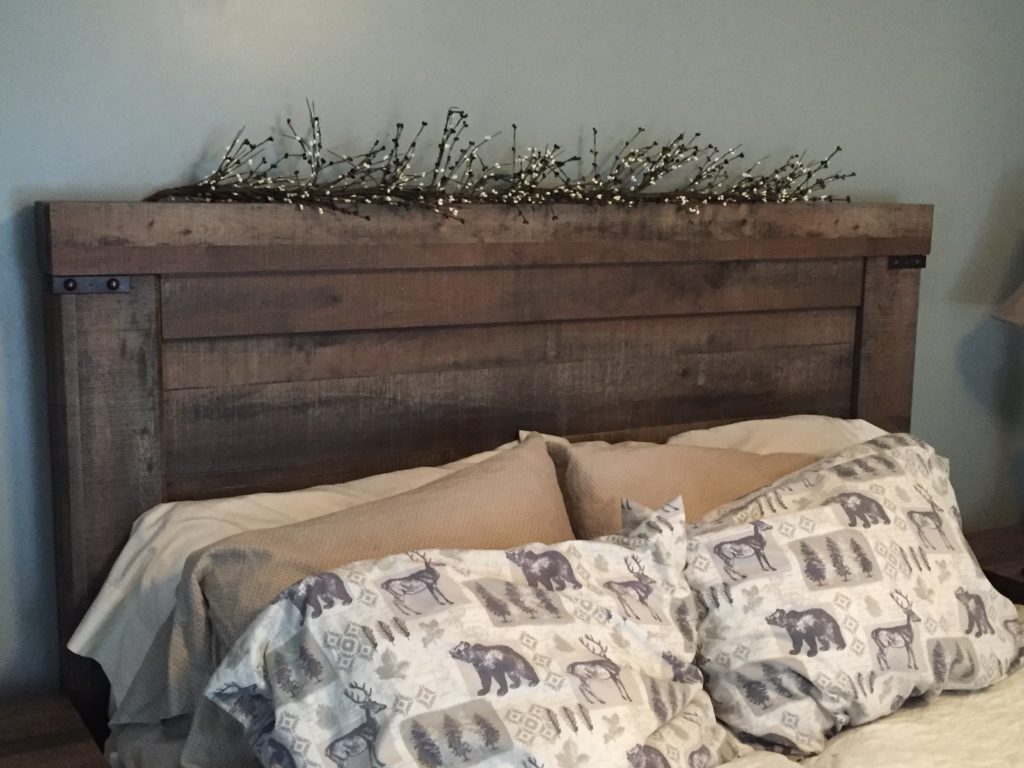 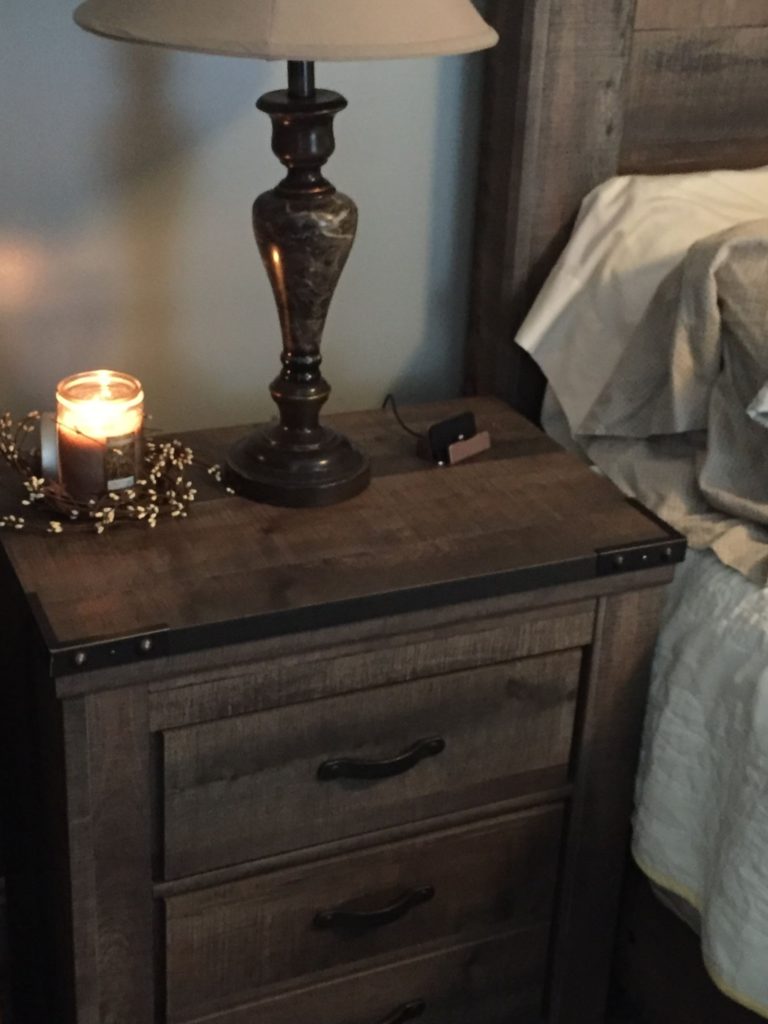 This was at like 2 am one day when we finally finished the carpet and we were done! This was my husband’s “I’m awesome” pose lol (It was 2 am okay?!) I just wanted to get to bed lol but he is pretty awesome and did an amazing job! Are you renovating any rooms in your house!?! 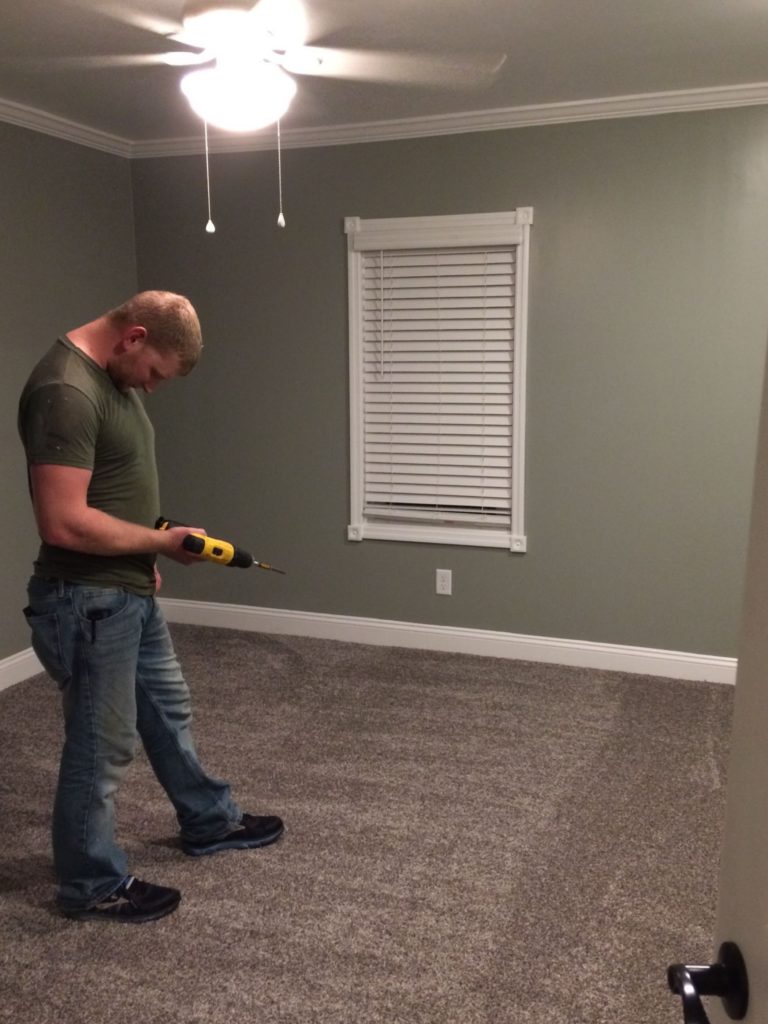