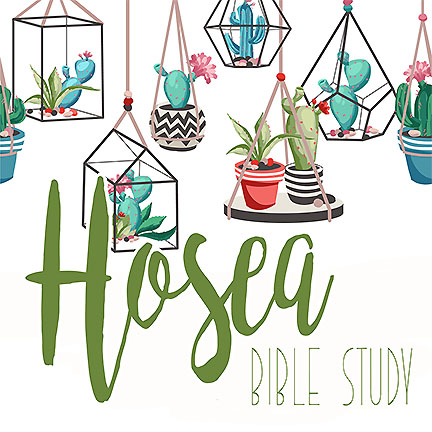 Welcome back, this has been the longest two weeks of my life. I am just kidding! I am excited about how many ladies are doing this study at our church alone. Can’t wait to hear your thoughts and heart on this. Let us start today with an overview of the story of Hosea and Gomer then go from there.

I am hoping by now that you have read through Hosea and have highlighted a few verses. If you haven’t and just found out 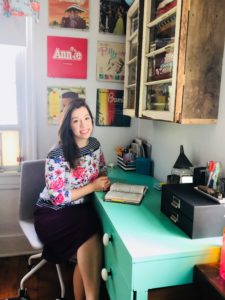 about this 3 part study, no worries. I would recommend by starting with the first blog post and read through it. Then jump back on over and read this blog post. The Link is right here: Hosea Bible Study Part 1. Here we go!

Hosea was a prophet to the children of Isreal. A prophet was someone that God would allow to be an intercessor for Him to speak to His children. They preached and spoke of things to come. That is what the entire book of Hosea is. God was using Hosea’s life as an illustration for the children of Israel and their relationship with God.

When I read Hosea, I try and put myself in His shoes, Gomer’s shoes, Gods and especially the Israelites. So, I want to explain that this is my take and thoughts on what I felt was going on. The Bible doesn’t say all of this, but I like to use my imagination on things that it does not say specifically.

Over the next two weeks, we are only going to delve into chapters 1-3. There is so much in Hosea that we can’t study every verse because it would take months. Right now, we will do an overview then do some stuff on your own and then in two weeks. I am going to have free printables for your personal devotions.

Hosea 1:2-3 is some short verses to explain all that happened in those two verses. Just think about it for a second or two. We all have watched a couple start from the beginning of their relationship all the way to having kids. I have three sisters that are married. I have seen a lot of other relationships start and continue to flourish. If a couple that you admired were asked: “How did y’all meet?” we all would be so irritated if they said. “God told me to marry the cute lady worker on that bus. So I married her and we just had our first child two months ago.”. Come on! You have to admit its a bummer that we don’t get the entire story of all that happened. I don’t know all that happened. When we all get to Heaven, one of those people on my list to go and see is Hosea and Gomer and ask them how God allowed their paths to cross, maybe over a cup of coffee? Coffee has got to be in Heaven. Just kidding!

The last time I read through the book of Hosea I started to notice the similarities between Hosea and Gods personalities. Hosea was such a straightforward man. He cut right to the chase. Look at the middle of Hosea 1:2 “And the Lord said to Hosea, Go, take unto thee a wife of whoredoms…”. Hosea didn’t hesitate to write what God had told him. I can see us all taken back with the conversation if someone starts with “God told me to marry a prostitute.”.

My Dad, when he preaches, always reminds us to “put yourself in their shoes.”. Try and make it personal so that you can relate and truly want to learn all that you can from the scriptures.

Hosea was a single preacher that was serving the Lord. Churches weren’t like our churches in 2018. When I think of how the prophets preached the word of God like our street preachers. Unashamed of the gospel and telling all to repent of their wickedness. So here we are. Hosea, a single man serving God. Scripture doesn’t tell us how God told him to marry a harlot. The Bible doesn’t say that Hosea made eye contact on the street with Gomer and that’s all it took. God told him to marry a girl who grew up in this lifestyle. One who knew nothing else but this. We can’t just read through the Bible and not grasp all of it. The Bible doesn’t tell us if Gomer was living this type of lifestyle all the way up to their marriage day. We don’t know. Chew on verses 2 and 3 for a day and imagine what just happened in these two verses. 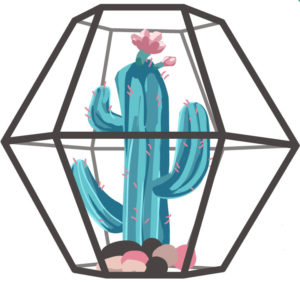 So Hosea is now married to Gomer who was a prostitute. By the end of chapter one, they have met, and had three kids.

Chapter 2 starts with Hosea being upset. Gomer has gone back to her past lifestyle because she wanted the pleasures of this world and felt she wasn’t getting all that she could get in the marriage with Hosea. I can’t imagine this time in life for Hosea. A man that was single and waiting for the Lord to lead him to the right woman. Sure enough, God leads, but that led to a prostitute to marry. All fine and dandy, marriage life was great! I can see the family going out every day. Gomer and the kids are all there while Hosea street preaches. Everyone is watching the life transformation of Hosea and Gomer’s life.

One day Hosea comes out to the street to preach and has a kid walking beside him. The other two are on either side of his hip. Hosea is juggling being a preacher, having an unfaithful wife, and parenting. (Right now I would be breaking out with a ton of zits because of stress. LOL) Imagine the gossip going on around him. In the midst of this all, Hosea still continues to draw close to God and preach, but He is seeing what it feels like for God to see the Israelites turning away from Him. Hosea just got a personal illustration to use for one of his sermons. Life got hard but he continued to be faithful to God.

Chapter 3 is on Hosea buying Gomer. I am not sure what Gomer did when she went back to the lifestyle, but this time Hosea had to purchase her. Even though she had been an unfaithful wife, he obeyed Gods command to marry her. The chapter goes on and you will catch on quickly.

So here are the study tips for the next two weeks.

Pray that when you come across a verse that speaks to you, that God will give you another verse to cross-reference.  Sometimes God shows you other verses. For example: If I told you that you should obey your parent because God commands it and took you to Colossians 3:20 but what is another verse that comes to mind about obey your parents? Right, Ephesians 6:1. Some verses come to you but pray for sure.

2.) There are a few things that you can do as you read through Hosea again.

Take a chapter a day and read it all again. This time read through and cross-reference within the chapters. Find the similarities between Hosea and Gomer then Isreal and God and write the passage abbreviation beside the verse. Here are a few examples of what you can do.

Highlighting Tip: Draw boxes around the two verses and draw a line to connect them if they are on the same page. Depending on how large the margin is in your Bible. Write the truth that speaks to you. Then put captions if you are interested. Here are a few options of what I do.

This is something that I like to do. After you have read the page, write in your own words at the top, in the margin. This way when you glance through your Bible you can figure out whats happening within that page and get the gist quickly.

Okay, have fun! Let me know if you have any questions.